Horror in Maryland with a Chance of Waters

Boils and Ghouls, let me first say that it is amazing what you can find when you do a little research. This is post was originally supposed to be a celebration of 30 years of horror that was brought to us via a lovely little film called The House on Sorority Row. This film came out exactly 30 years ago today, on January 21st. Now, for those of you that aren't familiar, let me give you the basic run down and then I will jump right into my recent discoveries. 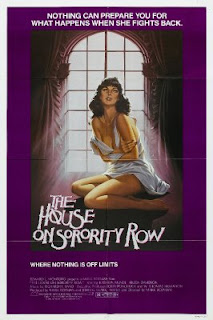 The House on Sorority Row is your basic prank gone terribly wrong plot. A house of sorority sisters don't like their house mother because not only is she strict, but she is just down right mean for no good reason at all. The main problem that leads the girls to collectively get pissed off at the house mother is that she will not let them have a graduation party at their sorority house. The girls decide to teach this man woman a lesson by having her think they are going to shoot her. Well, things take a turn for the worst and they accidentally kill their house mother, Mrs. Slater. They try to ignore what happened and leave her to sink to the bottom of their green, mold, dingy pool that is on their property. When the girls throw their party they discover that Mrs. Slater's body is missing. While they try to keep calm the girls are murdered one by one. I will leave you with that... I don't want to spoil anything for those of you who have not seen the film.


Honestly, it is not the greatest film in the world, but there is just something about an 80's horror movie with college kids that just beckons me to watch it regardless of how many times I have seen it. What can I say, I love horror films.

This film, like many others, was remade. In 2009, director Stewart Hendler made a reboot of the classic film, but simply called it Sorority Row. It had a cast of beautiful young actresses, including Rumer Willis, and the house mother was played by the one and only, Carrie Fisher. This film, despite it's excellent cast of lovely ladies received mixed reviews and ended up being one of those reboots that got lost among the mass amounts horror movies that come out every year. 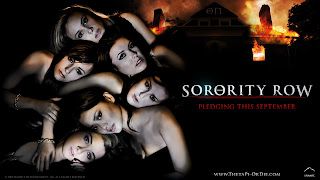 Now, on to the important stuff! While researching this film I discovered a few things that led me on a wild chase in my own backyard. While I was reading some miscellaneous trivia about the film I discovered that director John Waters paid a visit to the set of this film one morning while it was being shot. This made me think... John Waters spends the majority of his time in Baltimore, so does this mean The House on Sorority row was filmed in Baltimore? I had to check this out. I confirmed that most websites have Baltimore as the shooting location for this film, however, it was actually filmed in two different locations in Maryland.

The scenes where you saw a college campus where filmed at The University of Maryland, College Park Campus, which is closer to DC than it is Baltimore. The sorority house where the majority of this film was shot was located in a city outside of Baltimore called Pikesville at the Eltonhead Mansion. When I looked further into this I discovered that the Eltonhead Mansion was remodeled more than 20 years ago and is now an apartment building. I already checked it out... condos are $380,000 and the last one on the market was just withdrawn.... damn it! 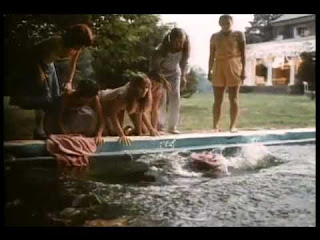 Well, I hope you all enjoyed this fun little trivia/anniversary/destination horror post! Until next time, sweet screams!

Posted by AGhoulsBestFriend at 8:46 PM