Recently I watched a horror movie called Amusement.  This movie is awesome! 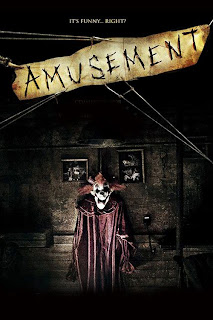 This movie sounded very typical and cliche, but I thought I would give it a chance anyway. After all, I will watch any horror movie at least once... the good, the bad, the budgetly low cult. 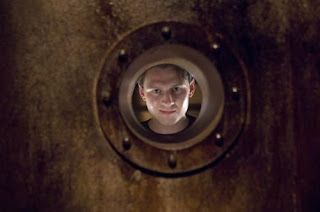 Amusement tells the story of three girls: Tabitha, Lisa, and Shelby. They were all friends in school and used to pick on a boy that had very strange habits. Years later the girls are each collected by this mentally disturbed, now full grown man for the sake of revenge and torture. 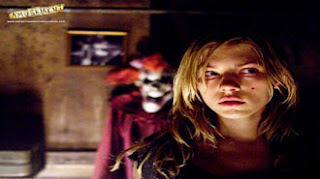 If you're anything like me you are thinking of this sounds like a Valentine rip off mixed with every serial killer movie that involved multiple kidnappings. Well, you are part right. It does have those similar elements, but so much more. This movie is dark and demented. 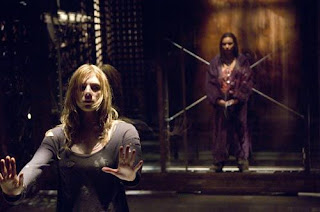 When I started watching this film, I was like alright, let's just get this over with. The first 20 minutes were indeed cliche, with the clown costume and baby sitter being stalked by a crazy person, but I promise it gets better... you just need the set up. Before you know it there is blood, crazy torture methods, a huge house, and a psycho killer with the catch phrase, "It's funny, right?" 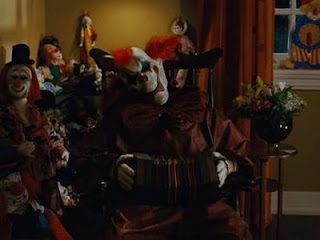 I don't want to give too much away, but it's definitely a movie to check out on a dark night with all the lights out and some popcorn with a friend. 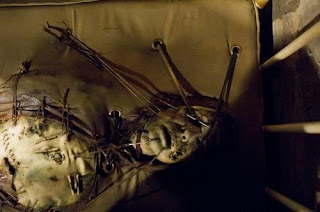 Posted by AGhoulsBestFriend at 7:17 AM