Ellen Hopkins, I Love You

When I am not crafting, working, or stalking drag queens, I spend a lot of my time at home reading. I am an avid reader, which probably explains why I am about to hit my six year anniversary working for Barnes and Noble. What can I say, I am an avid reader that is addicted to my employee discount (I have also become a caffeine junkie as a result as well). I read a lot of biographies and fiction. In the past few years I have become obsessed over an author named Ellen Hopkins.

Ellen Hopkins is an author that isn't afraid to tackle tough topics. Even though she is primarily a teen fiction writer, she doesn't sugar coat the truth about mental illness, prostitution, rape, sex, and drugs. Her books are far from being the feel good hits of the summer, but they will have you begging for more with every page and every book.

The main thing that makes Ellen Hopkins books so amazing is how they are written. Every page is like poetry. Some times you will find yourself re-reading a page because she has words pulled out to the side that read something relevant to the story, almost like an intense footnote.

She started out with a few books on different topics. Crank was her first teen book written about a girl in Nevada and her downward spiral into the world of meth. She then went on to write Burned, a tale of a young girl who is physically and mentally abused by her father and her loyalty to her family. Next she conquered mental illness in Impulse. Then came Identical, which is about a very taboo subject, and then came Tricks, which is about prostitution. 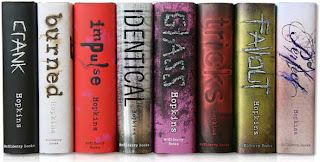 In between these books, Hopkins went back and made two more books to follow up the main characters story in Crank. These books are called Glass and Fallout. Fallout, in my opinion, is amazing and was the best way to end a trilogy. This series roughly follows the life of a girl, Hopkins real daughter, with a real meth problem and how her life and the lives of her children turned out.


Impulse was recently followed up with a sequel called Perfect and Burned has a sequel coming up next year called Smoke. Hopkins also has an adult series that starts with Triangles and the sequel is coming out later this year which is titled, Tilt. This series is about three women whose lives are intertwined. There is also word of another book coming out this year called Collateral. 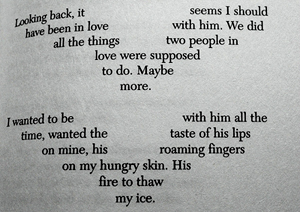 This author has never disappointed me, but then again I like "tough stuff" topics and I don't mind when stories don't end with rainbows and the princess finding her happily ever after. Life goes on and doesn't stop just because things are starting to turn out in your favor, and it sure as hell doesn't stop when the going gets tough. Hopkins makes me laugh out loud, scream for joy, and even cry. I literally cried when I read Burned. She has had a fascinating life that has no doubt impacted how she writes and the topics that she chooses to write about.

On another note, Ellen Hopkins books are banned in most schools due to their content. If you would like to read about Ellen Hopkins discuss this you can check out her interview here. 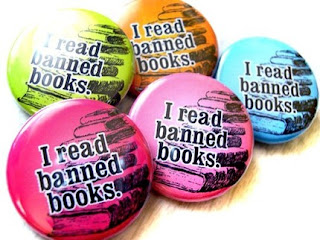 If you would like more information about Ellen Hopkins and her books please check out her Official Website, her Facebook Page, her Live Journal, her Twitter Page, or even this interview with her.
Posted by AGhoulsBestFriend at 7:46 PM