Greetings Boils and Ghouls! This week has been a busy one as far as celebrating horror films and their anniversaries! On Monday, September 30th, Elvira Mistress of the Dark celebrated it's 25th anniversary. Yesterday, October 2nd, Strangeland hit it's 15th year of being creepy as all hell with one of my favorite soundtracks to date. Just thought I'd throw that in. One top of that, October 1st marked the 45th anniversary of Night of the Living Dead. As if that wasn't cool enough, today, October 4th is Kyra Schon's birthday. 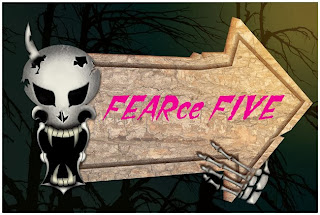 Now, for those of you that can't place a face to the name, Kyra Schon is the actress who played Karen in Night of the Living Dead. That's right, she was the trowel wielding, mother stabbing, father's arm eating, zombie we all know and love. 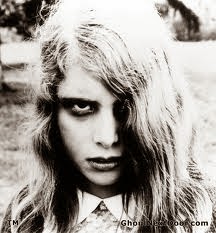 For today's FEARce Five I am going to celebrate this lovely ghoul's birthday by giving you five awesome facts you may not have known about Kyra Schon and some sites where you can buy some of her art. Yes! I said buy some of her art!


Five Things You May Not Have Known About Kyra Schon

1. Kyra Schon's father is Karl Hardman, who played her father in Night of the Living Dead.

2. Kyra is as spooky as they come and not only has her own website called Ghoul Next Door, but is also a regular contributor to the horror site: Dread Central!

3. In the early 80's, Kyra spent some time trying to "find herself", as she puts it. She lived in Montana during this time and eventually moved back to her home town of Pittsburgh, PA. That's right, we have ourselves and East Coaster!

4. These days, Kyra teaches pottery and sculpture at an art school. She also finds time to make appearances at conventions when she can.

5. Kyra Schon has an Etsy page where you can purchase some of her work! Her shop is called Stone House Arts. 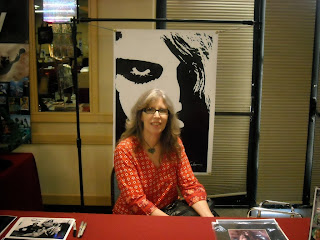 I hope you all have enjoyed this volume of Friday's FEARce Five!

Posted by AGhoulsBestFriend at 7:19 PM