Shayne of the Dead

I am extremely excited about this post. I interviewed a fellow Etsy seller and Horror Couture Team member with the purpose of sharing what I had learned about the artist with my lovely readers. Just so there aren't any questions about it, I still am sharing the interview with you, it would be a sin to keep this to myself. The interview is with the artist behind Shayne of the Dead. Shayne's work is dark and uplifting, especially the more you learn about him. He creates amazing pieces that are primarily Day of the Dead inspired. His work is stunning to say the least. I loved everything on my first once over, but when I went back and actually took in the work, curiosity began to flood my brain and I had my interview questions before I knew it. When I received his answers I was pleasantly surprised and pleased by how he approached the questions. His answers are concise and really make you think about life, war, and how every moment really is precious.

I had a hard time naming this post. I usually like to give posts a title that give you more than just a shop name. I started with "Behind the Art with Shayne of the Dead" and decided it was to cliche. I wanted to do something along the lines of What is Art? What does Art mean to you? In the eye of the beholder. Something edgy that would plant a seed in my readers minds. In the end, I decided to just go with the shop name because no matter how I say it, the art will speak for itself and will always be by Shayne of the Dead; it's as simple as that. So without further ado, I give you my interview with Shayne of the Dead. 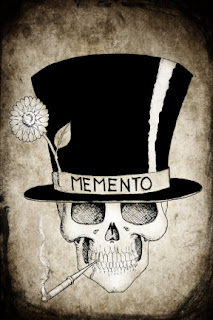 1. How did you first get started making Day of the Dead inspired art?

Growing up in Arizona, I was exposed to Day of the Dead images and celebrations from a really early age. 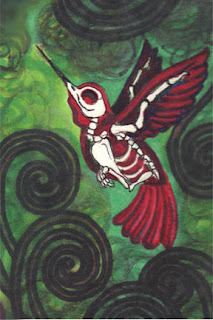 2. What is it about Day of the Dead culture that inspires you? and why?

I've had a lot of brushes with death through out my life. My femoral artery was severed in an accident when I was 4, and "flatlined" in the emergency room. I've also survived a couple very severe automotive accidents, and almost lost my daughter in one. All these experiences taught me that life was fragile and death capricious. Dia de los Muertos is not only a celebration to remember the dead, but to celebrate life. 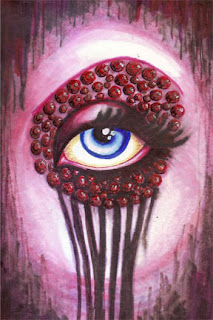 3. I noticed that a lot of your prints feature women. Why have you chosen females as your main form/characters in your art?

Because I adore them. I have been fortunate to always find myself in the company of females from the moment I can remember. As object and symbol they are the givers of life, and bringers of death. They represent both purity and carnal desire at once. Women represent the bringers knowledge and free will, and the fall of man. 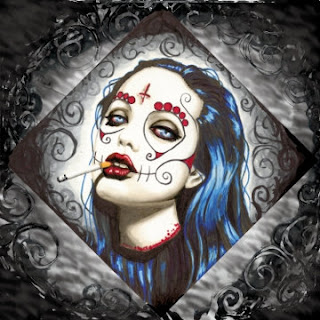 4. I really like the Military Propaganda Pin Up. I see a lot of symbolism in every inch of this piece. Upon first glance I see a stunning pin up striking a pose similar to that of Rosie the Riveter. I also see what looks like the Japanese Rising Sun Flag that a lot of people see as negative and as a sign of imperialism. There are tanks, aircrafts, and factories with stack pipes. There are also the words, "Might Makes Right!". What does this piece mean to you? What do you think it means to other people?

Hahahaha, so many people take this piece so many different ways. There is a lot of satire in this piece, and truth. From the first time I saw historical propaganda posters and pinups of the female as war symbol I was fascinated. I'm not too much of a war fan, but I do find the way women were used to motivate killing and the risking of ones life interesting. "Be the hero and get the girl." Sex sells war. 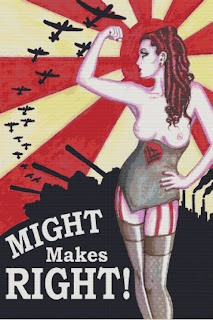 5. I really enjoyed your version of The Bride of Frankenstein. Have you re-vamped any other horror icons with your style of art? If you have, which ones have you done?

Thank you, I really should and I mean too. I did a couple portraits of Johny Depp as Barnabus from Tim Burton's film for a Deviant Art contest, I didn't win but they were well received. 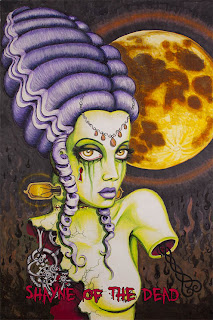 6. Are there any pop culture or horror inspired icons that you would like to Day of the Deadify? Who?

I love Vampira, I may do her soon. 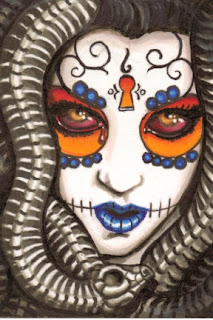 7. Since Halloween is fast approaching, who is your most favorite horror villain and why?

I prefer the non-apologetic vampires like Lestat. Nothing more shameful than to be given awesome spooky super powers and be whiny and emo about it. Aaand as far as sparkling goes, I prefer glitter on my crafts and strippers. 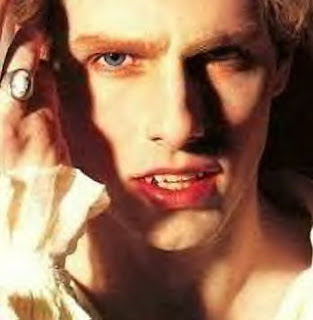 On a side note: This Ghoul is a book worm works at a book store and worked 13 hours for the midnight release of the final book and I couldn't agree with Shayne more on this. When you grew up with writers like Anne Rice and Poppy Z. Brite, everything else just goes against what you know. I also support the glitter clad ladies from time to time, though mine are typically men in dresses. 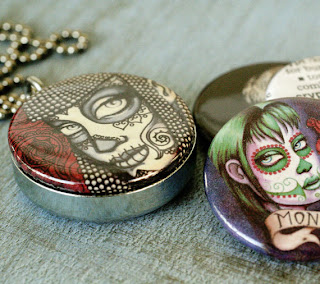 8. Since there is no evil without good, who is your most favorite hero or heroine from a horror film and why? 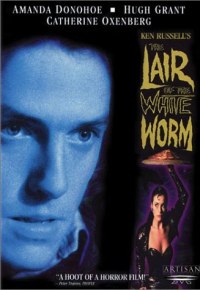 9. In the past five plus years, the culture of Day of the Dead as become increasingly more popular. Do you think this has a positive or negative impact on this holiday and it's traditions? Why?

There is actually a lot of controversy about this, many Latinos see it as co-opting and watering down of culture. However, Europeans have the tradition and art of "Memento Mori" which carried a lot of the same meanings. I enjoy it's proliferation and hope that the deeper meaning of living life to the fullest is understood. 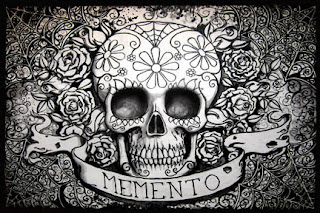 10. Since you are a fellow Etsy Seller, what advice would you give to a seller that is new to Etsy and selling their art online? 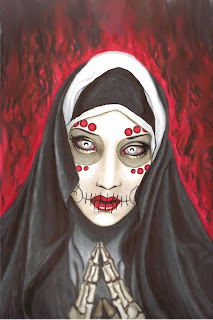 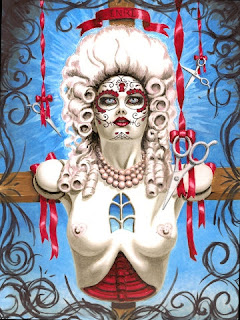 Posted by AGhoulsBestFriend at 4:30 PM