I remember being in ninth or tenth grade when a girl I was friends with invited me over for a girls night. We chatted, ordered Chinese food, lounged around in our pjs, and watched movies. One of the movies we watched was called Pecker. Marlow, the girl that brought the movie, was talking about her undying love for this film. She said she had even bought the soundtrack. I can still remember her driving around with "Happy Go Lucky Me" blaring from her busted old car that was more like a boat than something meant for the small roads of our neighborhood. I don't know if this was the night that ignited the flame in my heart for John Waters, but it definitely didn't put it out. There was something about Pecker that made me happy. I don't know if it was the collection of strange characters that were odd, but lovable or my school girl crush on Edward Norton, but this movie became a quick favorite. 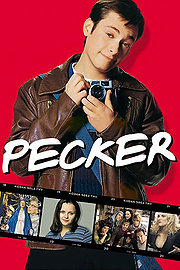 Soon after I saw Pecker I had my mother rent it from Block Buster Video on VHS (I know what you are thinking... Rentals? VHS? Mommy? Don't judge me!!!!!!).  She recognized the directors name and before I knew it we were renting all of the John Waters movies that we could get our hands on. Lucky for me, Cecil B. Demented came out shortly after my obsession sparked. 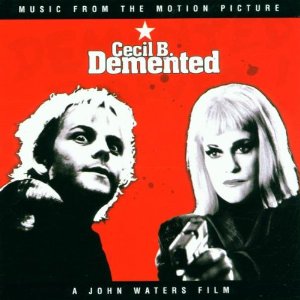 There were lots of movies that I had seen previous to this obsession, but I didn't know they were John Waters films. I remember being a kid at my grandparents home in Delaware, sitting on the living room floor watching Hair Spray when my mother told me that Tracy's mother was played by a man who was also playing the television station manager and that his name was Divine. I also remember my sister and I at my Dad's house talking about the movie To Wong Foo Thanks for Everything, Julie Newmar (a movie about three drag queens). next thing I know, our Dad talking about a man who dressed as a woman in a film and at the end ate a big, steaming pile of dog crap. Years later I finally saw this notorious film. Right now my friend Adam is singing the word notorious as if it were a Duran Duran song and if he wasn't before he is now ;) Anyways, this infamous scene is from the film Pink Flamingos. 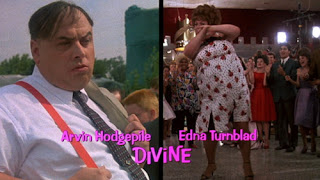 When I was a teenager, I went on a mission to own every single John Waters movie ever made. I didn't read too much into what they were about or what happened in them, I just knew I loved John and his work and wanted to own it all! The first job I ever had with the first paycheck I ever worked for bought me a copy of Pink Flamingos on VHS (it hadn't been released on DVD yet). 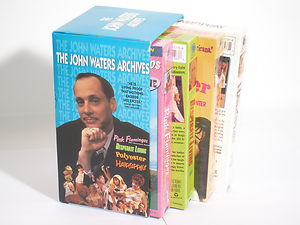 When I bought this movie I really wasn't sure what I was in for. Previous to watching it the oldest film made by Waters that I had seen was Hair Spray. Now, for those of you who don't know why this is a big deal I am going to take a second to explain this to you. Most people know John Waters for his film Hair Spray. It was and still is an amazing movie that was turned into a musical and then made into a movie adaptation of the musical. It is cute, it has serious parts, it makes you smile, and it's a freaking musical! Previous to this Hair Spray madness, Pink Flamingos was John's most talked about film and it wasn't because it was filled with good family fun. 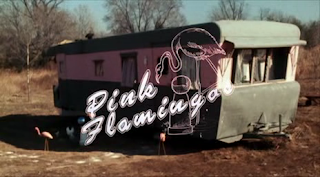 Pink Flamingos was originally a midnight movie and was filled with some of the most obscene images a movie can have without being a horror film (though it may as well have been one). This film shows the following: murder, a rape scene with a chicken, nudity, incestual acts, bright blue pubic hair, kidnapping, a singing rectum, an obese lady in a play pin, and at the end a man playing a woman eating dog shit FOR REAL! I will never forget the first time I watched this. I was seventeen and my mother and I went into our basement rec room to watch it. When it was over we were speechless. We weren't sure if we loved it, wanted to barf, or both. I don't know where my sister was, but when she came home we watched it for a second time with her. At the time, my sister was only fourteen and was surprised I paid money for this. 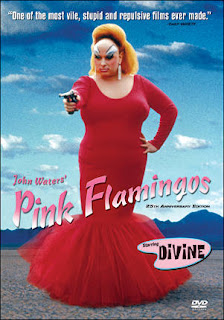 Since then I have seen Pink Flamingos as well as every other Waters movie under the sun, and Pink Flamingos is probably my favorite. Why? The more I read about it, the more I heard John Waters talk about it, and the more I learned about the actors involved the more I fell in love with it. I know this may be a bit hard to understand, but it's how I felt. This film was groundbreaking and no one really knew it at the time. It pushed so many limits, even for a cult/midnight movie. To this day this film is noted as being one of the best gross out and shock films ever made. I think a lot of people watch early John Waters film like Pink Flamingos and are too repulsed to really think about any messages this film is sending out, and that is assuming they made it through to the end. I've seen it more times than I can count and have heard so much about the making of this film that I see this film as not just poking fun at pornography and symbolizing anarchy, but I also see it as art. If art and exploitation had a love child, it was Pink Flamingos. 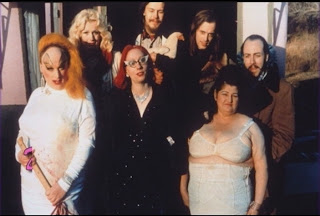 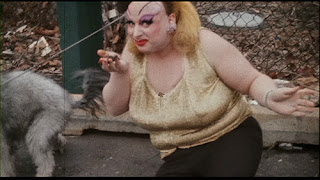 This months issue of Fangoria features an article paying tribute to the forty year old cult film. The article mostly focuses on an interview with John Waters about the film. Waters talks about some of the details of what went into filming this, reactions it received, and some commentary on changes going on in movie showing that allowed this film to be possible. In the article it is mentioned that during the time this film was coming out, Deep Throat had hit theaters becoming the first "penetration-packed" film to hit the big screen legally. In the interview Waters says, "We were making fun of the fact that pornography was legal and trying to imagine what could be worse. What couldn't they have a law against yet? Well, they did not have a law against eating shit." 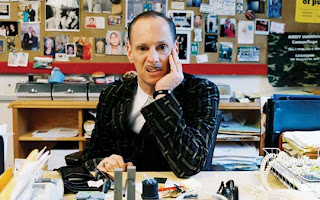 As much as I could say about this film I want to keep it short and try to leave some surprises for those who wish to see it that haven't. However I will leave you with my final thought. From what I understand, anarchy is the absence of control.  It is confusion, chaos, and disorder and what screams all of these things if not someone eating shit not because they have to, but because they can? 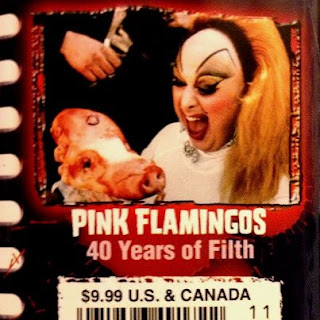 Posted by AGhoulsBestFriend at 8:05 PM