What do you get when you combine a film crew, a cannibal tribe, real life animal slaughter and then label it as a documentary? The answer is one hell of a scandal and a court date for the director! Ladies and Gentlemen, I give you Cannibal Holocaust! 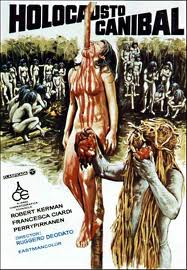 Cannibal Holocaust is an Italian film that was made in February of 1980 and caused a shock wave of anger, confusion, and legal issues that wasn't again repeated until The Blair Witch Project was released into theaters. Cannibal Holocaust is about a crew of three young documentary film makers that venture into the Amazon to study indigenous tribes. The crew goes missing for two months before people go to search for the film makers and come across the same cannibal tribe the film makers ran into, only to find their footage and what appears to be their remains. The footage is taken back to the US is viewed. What is found is unbelievable. There are many scenes that involve killing animals for food, rituals of the tribe they find, and the disrespectful things the crew does to this tribe. I don't want to give away too much, but in a way, the films makers got what was coming to them, cannibal tribe or not. 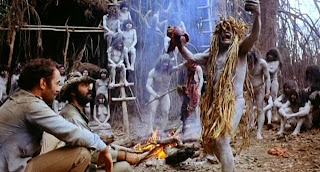 When the film was released into theaters it was removed and seized by the courts ten days later and the director, Ruggero Deodato was arrested and charged with obscenity and later the murder of the three film makers. The courts looked at this film as if it were real and called it a snuff film. Deodato soon contacted one of the Italian actors in the film and had him gather the rest of the cast to prove that they were, in fact, alive and well. The murder charges were dropped, but the film remained banned in Italy for another three years. 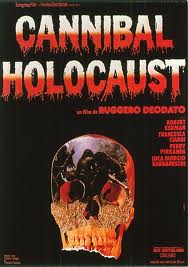 Even though the controversy appeared to be over when the chargers were dropped, there was still the matter of the actual animal slaughters that occurred on the film. During the film several animals were killed live on camera. The killed animals were a coatimundi (erroneously referred to as a muskrat in the film), a turtle, a snake, a tarantula, a spider monkey, and a pig. Since its original release, Cannibal Holocaust has been the target of censorship by moral and animal activists. 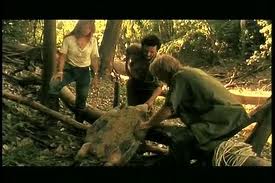 On top of the animal slaughters, there is also a large amount of sexual violence towards women in this film that causes a bit of controversy too. One of the most infamous scenes shows a woman being tortured and later impaled with a large stick that goes through her bottom and out her mouth. It's become the films most iconic symbol. 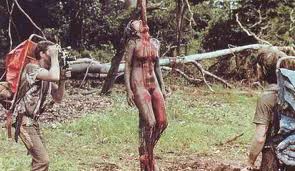 As a result of all of these things, this film is banned in more countries than any other film ever made! Countries that banned the movie at one time or another include Italy, New Zealand, Australia, Malaysia, Burma, Norway, South Africa, Finland, Turkey, Singapore, Germany, Iran and Morocco. Believe it or not, Cannibal Holocaust remains banned in several countries to this day. 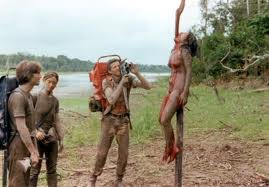 Now, what do I think of this film? I was really grossed out by the animal deaths, but as for the effects and make up... amazing! This is not my favorite film ever made, but I do get an urge to watch it every now and again. I think that once you get past the gross factors, of which there are many, it is a film that really makes you think. It makes you wonder about anytime man has invaded someone else's territory and won the fight. What if they hadn't? What kind of world would we live in if this was the norm? What is it to be civilized and is it a good thing? i think my favorite response was by author Mark Goodall. He believes that the film is about, "...the rape of the natural world by the unnatural; the exploitation of 'primitive' cultures for western entertainment." 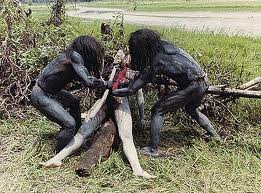 Posted by AGhoulsBestFriend at 6:40 PM