Well, here it is, Friday the 13th! Some people see this as a day of bad luck, others use it an excuse to have a Jason Vorhees marathon, and then you have those that could simply careless what day it is. I got a bit curious as to where these superstitions about Friday the 13th came from and here is some of the info that I found. 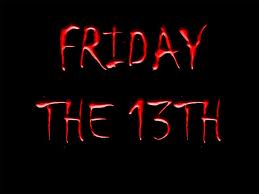 Apparently the number thirteen isn't the only part of Friday the thirteenth that is viewed as being unlucky, but Friday itself is said to be unlucky as well. A lot of what I have read seems to go back to the bible. Twelve is a number that is believed to be complete. There are twelve months in a year, twelve hours of the clock, twelve tribes of Israel, and twelve Apostles of Jesus. Thirteen is seen as irregular and disrupting to the completeness. This theory mainly derives from The Last Supper that having thirteen people at a table will result in the death of one of the diners. It is also believed that Friday is bad luck because it is the day that Jesus was crucified. It is also considered unlucky with the stock market crashing on what is now called "Black Friday". Now, when you combine the two you have one of the most unluckiest days of the year! There are so many people that have a phobia of Friday the 13th that there is a name for it, friggatriskaidekaphobia. 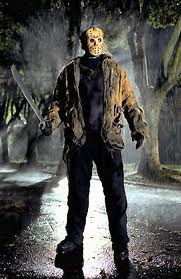 While there have been some instances where "bad luck" has struck on this date, there have been a lot of studies done that show this day may not be as unlucky as  you think. Some people look back on events that occurred on Friday the thirteenth that were quite dreadful. There was the Hurricane Charley in Florida, the death of rapper Tupac, a snow storm in Buffalo, NY that produced up to twenty-four inches of snow, and there is even a prediction of a asteroid called "99942 Apophis" that is predicted to hit in 2039 on Friday the thirteenth. While these events have happened or, in the case of the asteroid, are predicted to happen, there is some positive that has come from this. There have been several studies that show on any given Friday versus one on the thirteenth of the month there are less traffic accidents, less fires, and less injuries at work. I suppose people are a bit more cautious on this day versus any "normal Friday". 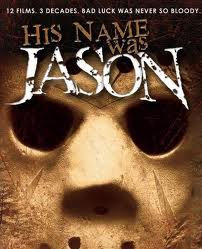 Either way, no matter how you cope with this day, be it watching horror movies or being overly precautions, be safe and enjoy yourself! It is still Friday, after all.

Posted by AGhoulsBestFriend at 3:51 PM