An American Tradition Since 1954

You are in the dark when suddenly a faint light comes on in a room. Everything is gray and gloomy. There is a couch in front of you; beautiful despite being covered in cobwebs and looking like it would collapse from the weight of a mouse. There is an ominous silence in the air that is suddenly interrupted by the creaking of a door off to the side. A strange figure enters the room. It is tall with long hair and a tiny waist that moves gracefully and slowly towards the couch.When the figure comes into the light you can see that it is a woman. She is pale as death with hair as black as night. She has a wicked smile that tells you that she is up to no good, but she remains enticing none the less. She sits on the couch and reaches for a smoking cocktail. As she brings it to her lips she says, "What I need is a Vampira cocktail to settle my nerves. It'll not only settle them, it will petrify them. A Vampira cocktail. You like it? It hates you." 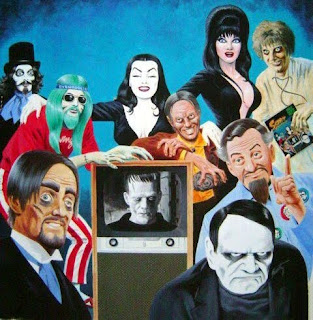 In case you haven't guessed or possibly live under a rock, this is not a description of a nightmare I had recently. Rather, it is a description of the very first television horror host, Vampira. Vampira is a character that was created by Maila Nurmi in 1953, which was loosely based on Morticia Addams. At this point, The Addams family was nothing more than a cartoon in The New Yorker and wouldn't become a television show until 11 years later. Nurmi had dressed up as Morticia Addams when she attended a masquerade ball where television producer, Hunt Stromberg Jr, met Nurmi and decided he had big plans for this character. About a year later, on May 1, 1954, The Vampira Show made it's debut and Vampira became the world's first horror host. 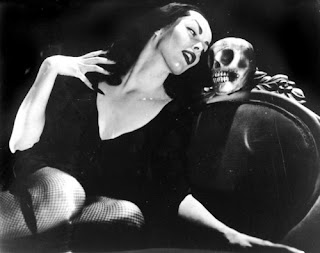 Despite The Vampira Show being cancelled the following year, Maila Nurmi had made her imprint in American Pop Culture. She went on to do several films, most notably Ed Wood's Plan 9 From Outer Space where she was cast as her alter ego, Vampira. She was even in Life Magazine in 1954 with a photo spread with the shows opening credits. The Vampia Shows short run paved the way for not only horror hosts, but shows like The Musters and The Addams Family to make their way into prime time television. Nurmi undoubtedly set the bar for horror hosts all over the world. America wouldn't see another horror host for 3 years. 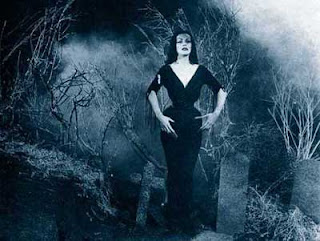 In October of 1957, Roland/Zacherley debuted in Philly as the host of Shock Theater. Zacherley, played by John Zacherle, kept up with the new found tradition of kitschy horror hosting with numerous comdey-horror gags. Sometimes the movie would be briefly interrupted by some of Zacherley's witty banter or it might show him riding a tombstone like a bronco at the rodeo. This show ran for 92 broadcasts from the time it started and well into the following year. In 1958, Zacherle began working on American Band Stand where he met Dick Clark. Clark was completely charmed by John's horror host alter ego and gave him the nickname of "The Cool Ghoul". Since John Zacherle's first appearance as Zacherley he has been a horror host for several shows, as introduced bands such as The Grateful Dead, and has been in a few horror films. 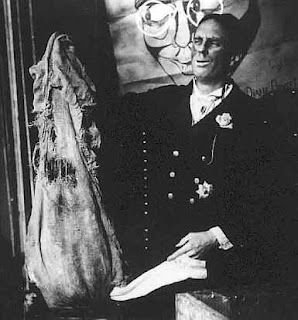 Nurmi and Zacherle have had very successful careers since their first days as horror hosts. Now, more than 50 years later, there have been countless horror hosts all over the US and even a few other countries. Horror hosts have a tendency to have a larger audience in the area they live in, mainly because they tend to be on local channels. Think of them as your local news anchors, but with a job that is way more fun with less depressing news to share. Some other popular horror hosts include:  Svengoolie, Baron Von Wolfstein, Big Chuck and Lil Jon, Dr, Creep, Dr. Sarcofigi, Penny Dreadful, Mr. Lobo, Count Gore De Vol, Crematia Mortem, and Sally, The Zombie Cheerleader. However, the most infamous horror host since Vampira is, hands down, Elvira. 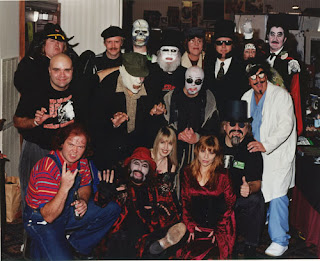 Elvira, Mistress of The Dark, the gal who put the boo back into boobtube! Cassandra Peterson is the lady behind the vampish make up, cleavage overloaded black gown, and black beehive that make up the appearance that is Elvira, Mistress of the Dark. Elvira is a quick witted valley girl that doesn't take crap from anyone. I think she was best described in a documentary called, American Scary by actress Patricia Tallman. Tallman said, "Elvira is not the most intelligent being on the planet. Now Cassandra Peterson is very bright, she is a very smart business woman. Elvira is a gal, a broad and we all wish we could kind of be that woman." Like most horror hosts, Elvira's time was cut short. The first go at Elvira's Movie Macabre only aired from 1981 to 1984. However, when her show was cancelled her fame and popularity only escalated. Peterson began getting jobs in advertising where she played Elvira and once the sponsors started pouring in her tv and film career reignited. In 2010, Elvira's Movie Macabre came back for round 2, but only lasted a year. Regardless, Elvira is the most well known horror host of all time. How many hosts can say they have made films where their alter ego was the main character, that they have music on iTunes, and had their own reality tv show? PS If you haven't seen Search for the Next Elvira, watch it! If you love drag queens, scream queens, or people trying to say macabre and failing miserably you will love this show! 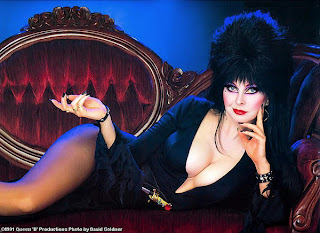 I think it is safe to say that horror hosts have not only made names for themselves, but have also found their way into the homes and hearts of horror fans all over the US. They may be corny at times and can make us cringe with their shock value stunts, but they always keep us wanting more. I really hope that this tradition of kitsch and B Grade horror movies remain a part of american pop culture well into the near future and beyond. I would hate the thought of my nieces and nephew growing up without these delightful characters that aren't classy as much as they are classic. 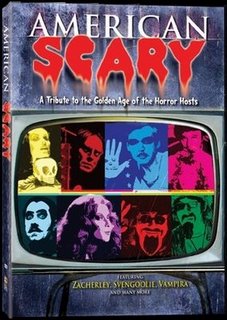 If you would like to know more about Horror Host I recommend watching American Scary which is currently available on Netflix as well as YouTube.

Posted by AGhoulsBestFriend at 12:22 PM