These are godless times, I'll drink to that!

Imagine living in fear. Fear of being made fun of, fear of making friends, fear of your mother, and even fear of yourself and what you are capable of doing. What would you do if even the slightest agitation made your mind react with a defense mechanism you didn't fully understand? What if your mind could break glass, slam doors, or even kill people? Would you let yourself live in this fear or would you embrace the destructiveness from within? 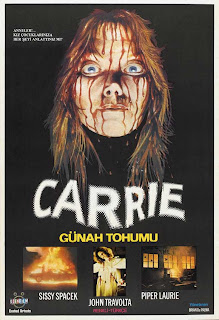 In 1976, one of many films based on a Stephen King novel came to life. This film is called Carrie. It tells the story of a high school misfit that is constantly tortured by her peers and is relentlessly harassed by her religious mother. One day, Carrie is picked on by a group of girls in the locker room, who are later punished and a few are even banned from going to the prom.

They decide to get even on Carrie and give her a prom that she will never forget. 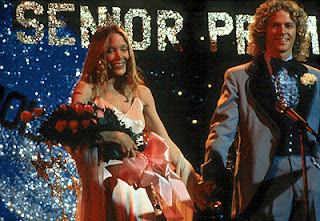 Unfortunately, these bitter pranksters have no idea that Carrie has recently discovered she has telekinetic abilities. These powers help her humiliate and torture her peers, teachers, and mother. 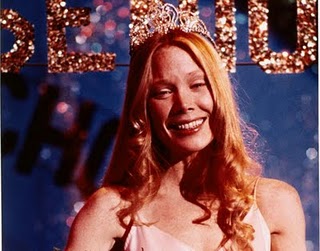 This film is absolutely phenomenal and is still an extremely popular film today. The film only cost $1.8 million to make and it grossed $33.8 at the box office. 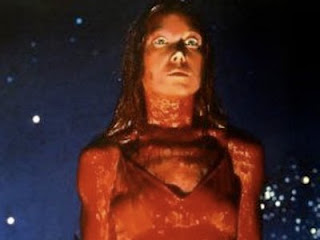 Another fun fact about this film that is also a Star Wars fun fact as well is that George Lucas and Brian De Palma held a joint audition for Carrie and Star Wars. There is a long-standing rumor that originally, Sissy Spacek was cast as Princess Leia, and Carrie Fisher as Carrie, but when Fisher refused to appear in nude scenes and Spacek was willing to do them, they switched parts. However, Fisher refuted this story in a Premiere magazine article called "The Force Wasn't With Them," about actors who auditioned unsuccessfully for Star Wars. That article quoted Fisher as saying, "Not only do I love being nude, I would've been nude then... But anyway, it's total bullshit that Fisher refused to play Carrie." 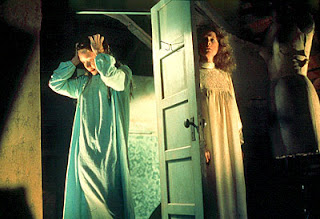 Now to the good stuff! As a celebration of Carrie being made 35 years, I am sharing a discount code with everyone that cane be used today, tomorrow, and Wednesday only! The code is to save 35% off your entire purchase excluding shipping! The code is: CARRIE35 This code expires on August 31 at 11:59pm so use it while you can!!!!!! 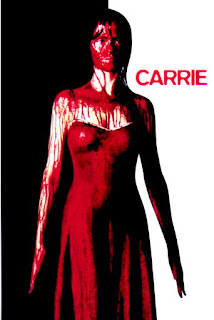 Posted by AGhoulsBestFriend at 5:53 PM